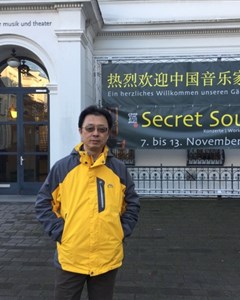 Professor Chen has made scholarly visits to Vienna Conservatory, the Humboldt University of Berlin, Paul Sacher Foundation in Switzerland and Darmstadt Summer Course. He became a visiting scholar to the DAAD Artists-in-Berlin Program in 2014.

He published the book of Series of Doctor Dissertations in Music, which won the Shanghai Outstanding Achievement Award for graduate students in 2006 and the excellent theory prize of the ninth China Golden Bell Awards, and many other treatises, textbooks and dissertations. He teaches courses of Music Analysis and Thematic Research and Gyorgy Legiti’s Music Study to undergraduate, graduate, and post-graduate students. 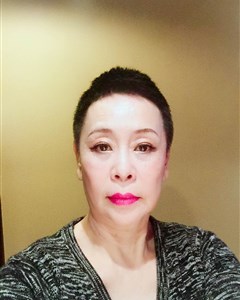 Qilian Chen, Chinese-Belgian soprano, professor at the Voice and Opera Department of the Shanghai Conservatory of Music and a postgraduate supervisor.

Chinese-Belgian soprano, professor at the Voice and Opera Department of the Shanghai Conservatory of Music and a postgraduate supervisor.

Chen was born in Dalian, Liaoning Province. She received the bachelor’s degree from the Shenyang Conservatory of Music and taught at the school after graduation.

In 1985, she continued her postgraduate study in the Royal Conservatory of Brussels. Her excellent performance granted her the exception to obtain master’s degrees in Opera and in Chamber Music. She worked as a teaching assistant to her supervisor for seven years until her supervisor passed away.

Her performance of “Madame Butterfly” and “Turandot” was shown in Spain, France, Germany, Italy, Switzerland and America. Plenty of solo concerts, oratorios and music festivals she attended won her the comment of “the ideal Madame Butterfly” and “the perfect singing” by authoritative critics.

Her records including “Puccini’s Aria (Chinese Song Album)” and “Orchestral Music of Richard Strauss” are popular in Europe, America, Hong Kong and Taiwan.

She has been teaching in the SHCM since 2000 while earning fame on international stages. 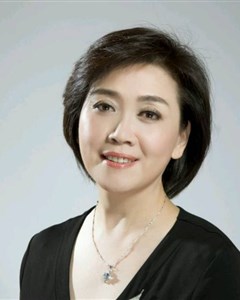 Professor at the Voice and Opera Department of the Shanghai Conservatory of Music, office director of bel canto teaching and research, and a postgraduate supervisor.

Chen Xing, professor at the Voice and Opera Department of the Shanghai Conservatory of Music, office director of bel canto teaching and research, and a postgraduate supervisor.

Chen was tutored by Zhao Jinghua and Zheng Huiqi at Gansu Art School and graduated in 1978. She studied under instruction of Professor Wei Xiu’e and Professor Ge Chaozhi at the SHCM and became a teacher of the school after her graudation in 1986 with excellent performance.

Chen has won the honor of the “Excellent Educator” of the SHCM for many times and was invited as the Chinese expert representative of the Shanghai International Opera Master Class. She also published a teaching material of Bel Canto for the country’s higher art colleges.

Chen has held concerts and lectures at the SHCM He Luting Concert Hall, East China Normal University, Hangzhou Normal University, Shandong College of Arts, Ningbo Grand Theatre, the Music Department of Shenzhen University and Shenzhen Grand Theater. In 2016, she held a concert to celebrate the 30th anniversary of her career as a teacher.

Many of her students have won awards at big international vocal competitions. Her student Han Peng won the first prize at Italy’s Virola International Opera Competition as a tenor. Baritone Wang Lifu was China’s only singer qualified for the 2011 BBC Cardiff Singer of the World. Tenor Zhang Long won the first prize at the Le Grand Prix de l’Opera and was enrolled by training centers of Bayerische Staatsoper and Salzburg Festival. Many of her students also work actively on stages or teach at colleges. 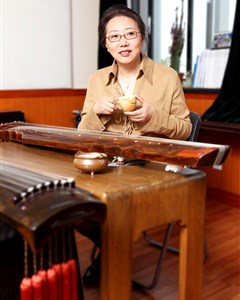 Dai Xiaolian represents Guqin music traditions of the early 20th century and learned from celebrated Guqin masters including Zhang Ziqian, an elder in her family, and Gong Yi. She graduated from the Shanghai Conservatory of Music in 1985 and now serv

Dai Xiaolian represents Guqin music traditions of the early 20th century and learned from celebrated Guqin masters including Zhang Ziqian, an elder in her family, and Gong Yi. She graduated from the Shanghai Conservatory of Music in 1985 and now serves as professor of traditional Chinese music and post-graduate supervisor of the SHCM.

She has combined the Guangling School of Guqin art with advantages of other schools of Guqin performance to form her own unique performance style. Her performance skills are solid, well-trained and impactful. She is capable of playing all styles of Guqin tunes and is also exploring new trend of Guqin music. She is one of the most celebrated Guqin artists and instructors of her generation.

Dai is influential both home and abroad in Guqin art skills and have performed at numerous concerts. Guqin education materials including musical notations and DVDs compiled by her have been studied by Guqin learners nationwide.

She has published multiple solo records and videos and hosted multiple Guqin solo concerts. Her performance and education were highly popular. 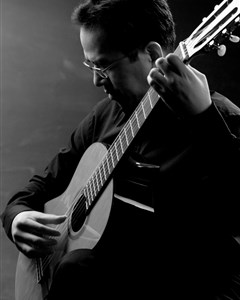 Danny Yeh had served as professional guitarist trainer at Taiwan University of Arts. He is now professor and postgraduate supervisor at the Shanghai Conservatory of Music. He has cooperated with musicians such as Sarah Brightman, Dilber Yunus, Shin-i

Yeh cooperated with Shanghai Opera House’s orchestra to perform Butterfly Lovers’ Guitar Concerto in 2005. He was invited to attend the GFA Guitar Music Festival in the United States and the international guitar art festival in Singapore in 2006. He also cooperated with Japanese and South Korean guitarists to host a guitar summer camp in Qingdao in 2007. He held international guitar music festivals in Japan and South Korea in 2008 and 2010 respectively. He hosted the national guitar development seminar at the SHCM in 2009 and published China’s first academic thesis collection on classic guitar. The Butterfly Lover Concerto music scores revised by him was published in Japan in 2010. He staged a series of performance known as “Eastern Guitar’s new world” from April to December 2010 at Shanghai Oriental Arts Center, which was a major event in China’s guitar industry and boosted the development of the industry.