All of a sudden, it seems like cities hit the “freeze” button and came to a standstill. Many concerts, live shows and other offline cultural events have gradually decreased. We’ve lost a lot of treasurable musicians. However, we’ve also witnessed the power of music more than ever.

In this challenging year, we look back at what SHCM’s students, faculty and staff, and alumni achieved in 2020.

SHCMers fought against the Covid-19

Faced with unprecedented challenges, our students, faculty and staff and alumni from all over the world demonstrated their compassion and creativity, used their talents to fight the pandemic and its impact on people.

During the pandemic, SHCM has held more than 20 online concerts, organized a music therapy team offering online therapy sessions and some online courses to the public. Our students and staff also wrote many original songs to pay tribute to those brave medical workers fighting on the frontline. 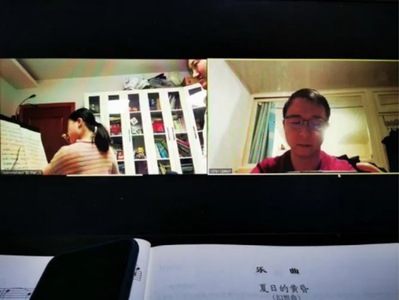 We collaborated with Wuhan Children’s Hospital and Children’s Hospital of Fudan University. 139 volunteers from 11 departments  gave online lessons to 144 children whose family members worked as medical professionals in these two hospitals. In total，SHCMers had spent more than 2000 volunteer hours. 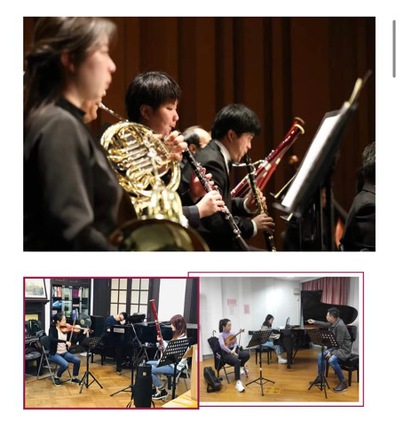 We’ve also launched the “Study in SHCM” program, accepting some students from San Francisco Conservatory of Music, Manhattan School of Music and New England Conservatory who were not able to return to their schools so that they could continue their offline ensemble classes and performance practices.

As a world renowned and award-winning chorus, the Choir of the Music Education Department of the SHCM brought a set of classic songs.

SHCMers Singing “My Country and I”

Beautiful voices of SHCMers from over 50 cities across Asia, Europe and America participated in this “online choral concert” to fight the epidemic. With the help of the online platform, the artistic charm of the chorus breaks through the limitations of time and space, conveys love and hope to the world. This concert is presented by the Music Engineering Department and School of Digital Media Art.

Voices in the Shangyin Opera House

In 2020, the new Shangyin Opera House has celebrated its first anniversary. After things went back to normal as the pandemic had been put under control, many classic dramas and performances have gradually resumed.

On August 2, the first Chinese musical appreciation was held in Shangyin Opera House. More than 100 actors from 12 musical production organizations and 19 musical groups performed on the same stage. In a way of online live broadcast combined with offline performance, they brought an audio-visual “feast” of Chinese musicals to the audience. 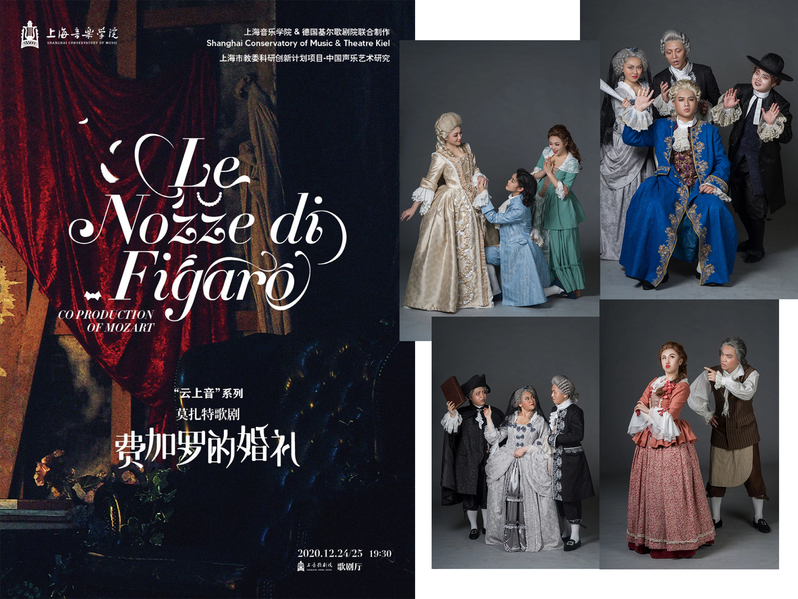 Mozart’s classic “the Marriage of Figaro”

After 50 days of online rehearsal, Mozart’s classic “the Marriage of Figaro”, co-produced by SHCM and Kiel Opera House made its first show in Shangyin Opera House on December 24th. Director Pier Francesco Maestrini highly commended students of SHCM, taking them not only as students but as “professional performers”.

In the future，there will be more voices of SHCM in Shangyin Opera House.

We connected with each other in new ways

For the sake of safety, we swiftly changed into the “online” mode. SHCM has developed “online rehearsals”, ” online chorus”, “online researches” and “online therapies”. While at home，teachers and students used online platforms to have online classes and do rehearsals to continue their study.

We also held an online graduation ceremony to celebrate the achievements of our students. Students received a package of presents from school, including an invitation, a notebook, a school badge, a graduation gown of SHCM. 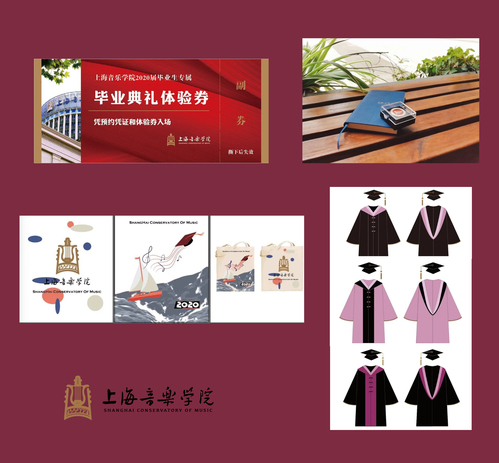 The Digital Media Art Department of SHCM brought their Graduation Design Exhibition into an online Virtual Reality showcase，allowing the viewers to have an immersed experience of their works.

You can see the VR show by scannning the QR code below: 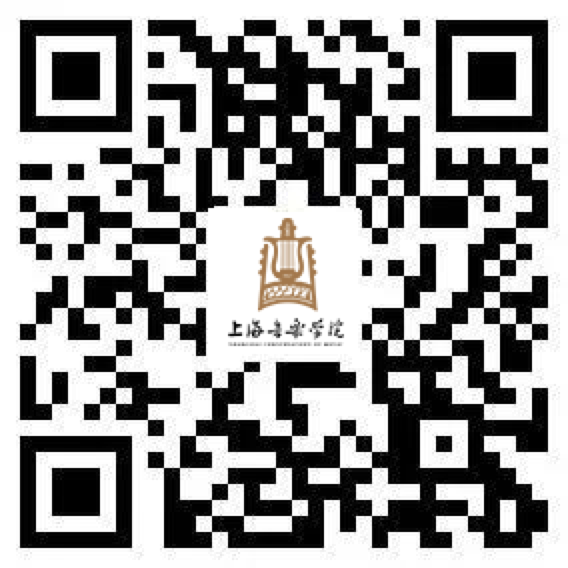 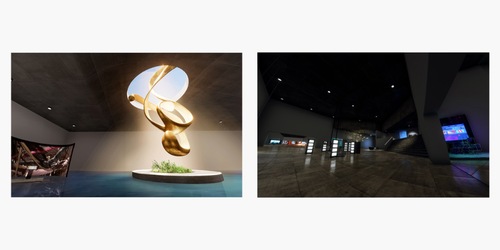 Also, many students focused on the consequences or influences brought to human beings by such aspects as network violence, changes in communication technologies, and the media environment. The eternal topics of human beings such as friendship, family unity, the dialogue between time and space, the inheritance and development of traditional culture are their key focuses as well. 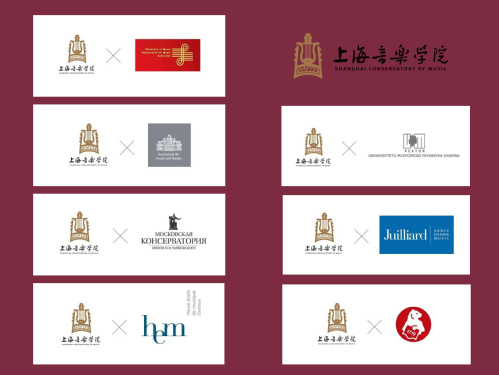 In August, the 3rd SHCM Aesthetics and Contemporary Music Forum & Summer Online International Forum on Art Theory was successfully held on August 24-28 this year via Tencent VooV Meeting. During the five-day forum, nearly 1500 people from 60 institutions joined in the online meeting.

We attended the seventh Summit of the Pacific Alliance of Music Schools, launched by the music faculty of the University of Melbourne on September 24-25. At the meeting, SHCM shared its experience and plans for resuming classes and expressed confidence in the Chinese music institution as it faces new global challenges and its determination to explore new teaching modes while persevering with the internationalization of education. 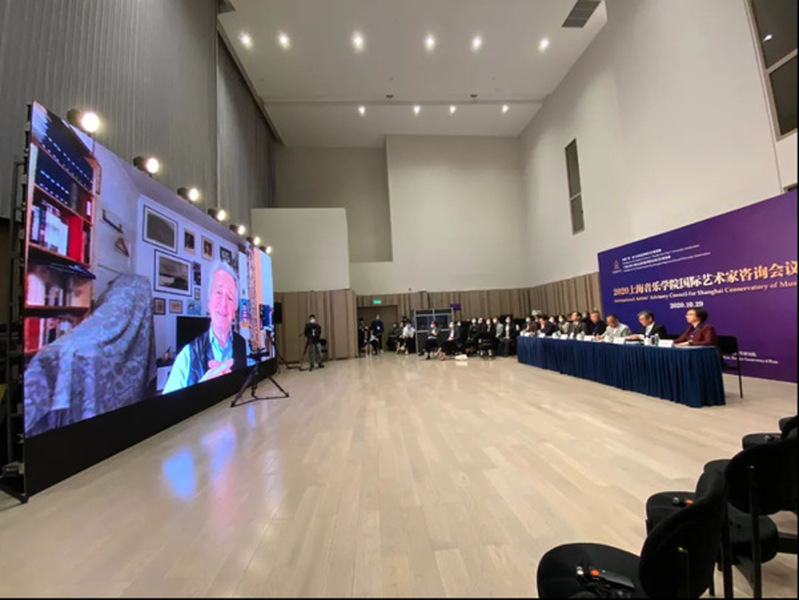 On October 29, The 2nd International Artist Consultation Conference of the SHCM was successfully held online as scheduled. The conference invited several top experts and scholars from home and abroad in the field of music education and focused on the deep integration of information technology and music education in the “post-epidemic era”.In the future, SHCM will strengthen communication with its international counterparts to accelerate informatization and internationalization. 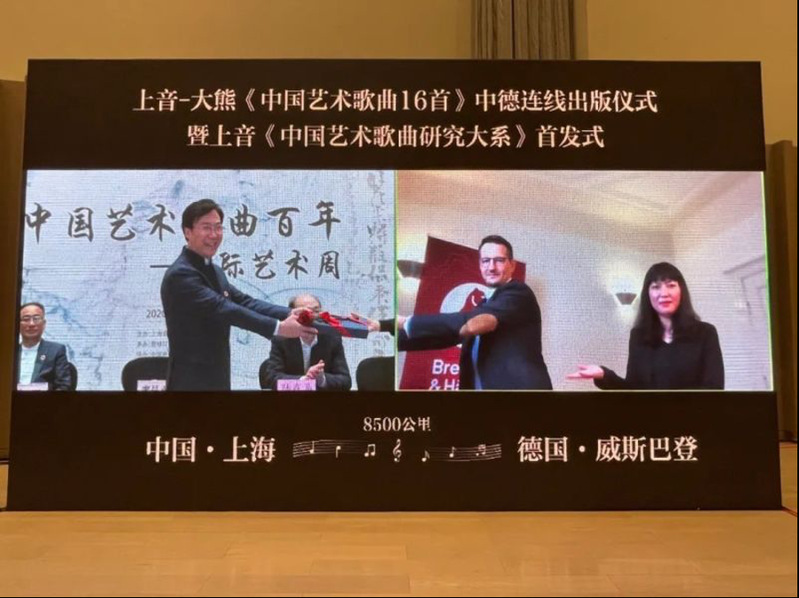 The 27th ICTM (The International Council for Traditional Music) Colloquium: Drums and Drum Ensembles of the Silk Road is held at SHCM on December 28–30, 2020. The colloquium included live music performances featuring drums and drum ensembles from diverse regions, communities, and periods in their present musical contexts. 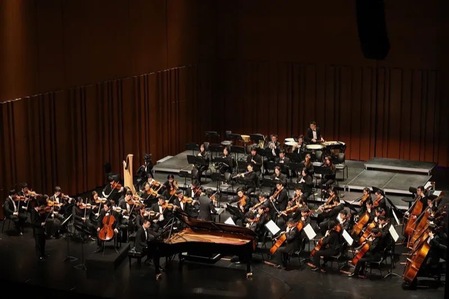 In 2020, to commemorate the 250th anniversary of Ludwig van Beethoven’s birth, SHCM has also held a series of concerts and lectures.

Our teachers and students continued to make a ground-breaking work

Our teachers and students achieved outstanding results in various aspects. 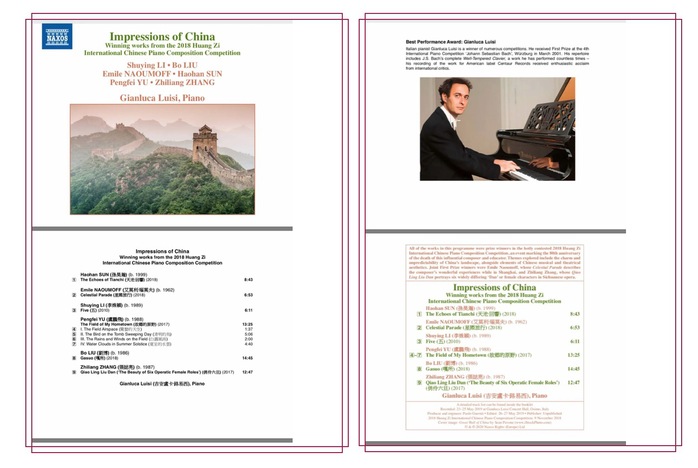 In April, the album “Impressions of China” was released by Naxos performed by Italian pianist Gianluca Luisi. The theme of the album explored the charm of China’s landscape, alongside elements of Chinese musical and theatrical aesthetics，including winning works from the 2018 Huang Zi International Chinese Piano Composition Competition.

In August, the 34th conference of international music education held an online conference. The president Susan O’Neill announced the new board members 2020-2022. Professor Dan Hongyu became a board member of the International Society For Music Education （ISME），becoming the one and only board member from the Chinese Mainland.

Wenyu Zhou, a professor from the composition department of the Shanghai Conservatory of Music, won the third prize at the 2nd International Composition “Gaetano Amadeo” Competition with the Chinese art song “Miao”（Ethereal）. “Miao” is a work that depicts an appealing and splendid image of the motherland.

We reach out for more co-operation chances

In 2020, Microsoft Xiaobing 'Graduates' From SHCM. During her study on campus, “Xiaobing” received guidance from Professor Yang Yu, Director of the Music Engineering Department, and teacher Shizhe Chen. Based on Microsoft's artificial intelligence music creation model, she and students of the Music Engineering Department learned and inspired each other which helped Xiaobing continuously improved her training data, enriched the expression skills of music, and expanded the types of music she can create.

This year, the Nine Trees experimental kindergarten of SHCM co-operated by the SHCM and Fengxian District Government has officially opened. As the first co-operation kindergarten of SHCM, it has 7,650 square meters, equipped with advanced technologies and educational appliances, including independent Orff music classrooms, rehearsal studios and dance studios.

We’ve also signed a contract with one of the leading online music entertainment platforms ——Tencent Music Entertainment Group (TME”). This is the first time TME signs a collaboration contract with a music institution in China. In the future, we will develop a further collaboration in the music field in various aspects, including applying new technologies in the music industry, developing the online music education industry, cultivating talents, holding benevolent activities and so forth.

As one of the leading music schools in China, we reached out for more co-operation chances. Our aim is to cultivate and train more excellent and high-quality professional musicians of all ages from around the world for the global music industry.

Our Plans On the Road

Shanghai Spring International Music Festival is scheduled to be held from April 28 to May 18, 2021. From June to July, the Belt and Road Art Talent Training Program 2021 will be held in SHCM.

Our students faculty, staff and alumni continued to promote creativity and innovation in arts and culture in the world. We are looking forward to making more progress in 2021.