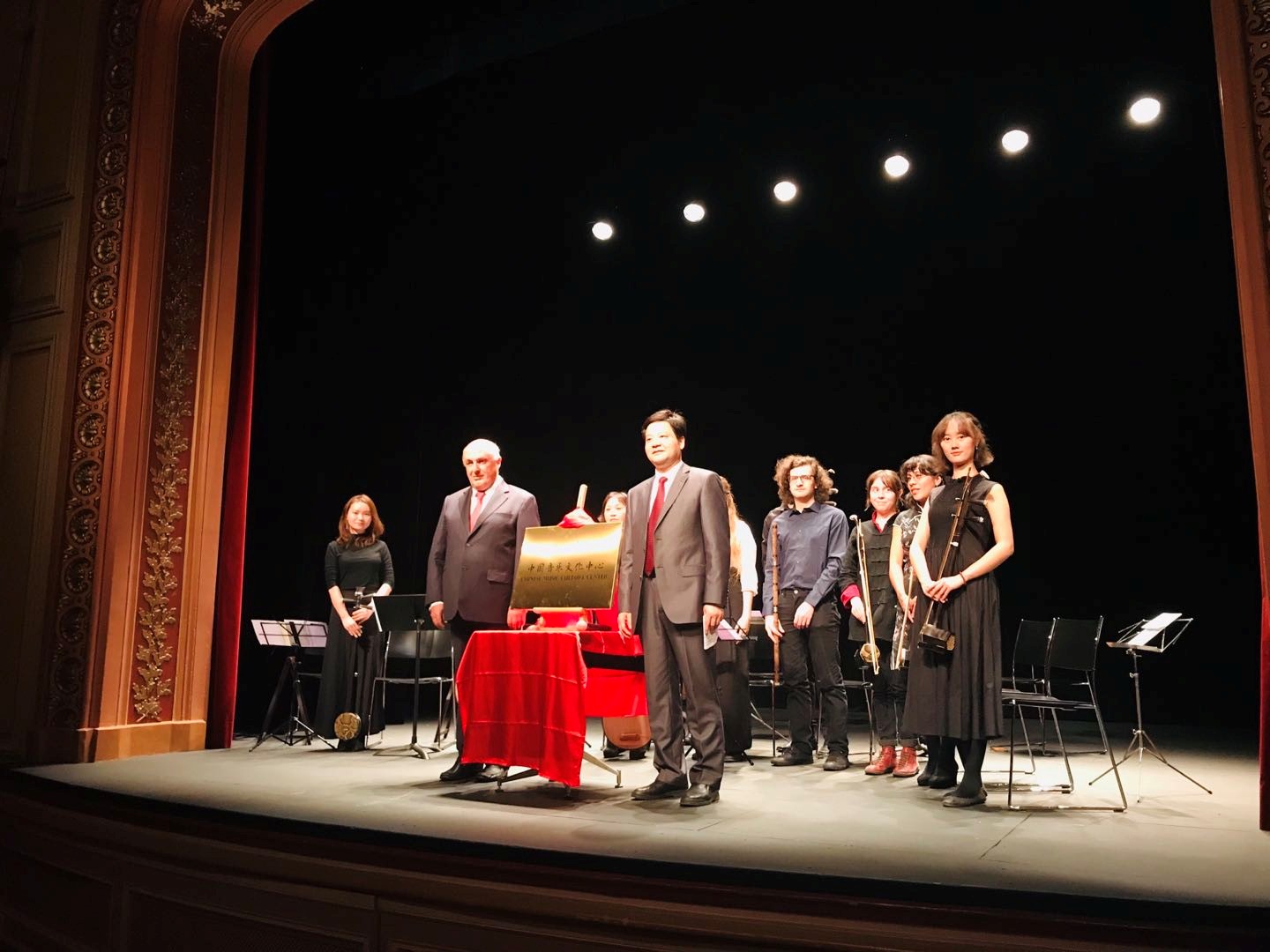 An 11-person Shanghai Conservatory of Music delegation, led by Vice President Hou Liyu, carried out academic-exchange activities in Norway and Switzerland from October 7-13 and discussed issues like the protection and development of folk music.

On October 8, Hou met with Rector Peter Tornquist of the Norwegian Academy of Music and held friendly talks. Tornquist had high expectations for the “China Music Culture Center” the two schools have set up together, believing it will boost folk music development in both schools.

Hou said he hoped that the center would be a bridge and facilitate cultural and academic exchanges between China and Norway.

The next day they unveiled the center together at Lindeman Hall of the academy. More than 200 people, including teachers, students and local residents, attended the ceremony.

A concert was also staged on the occasion, with Chinese and Norwegian students performing their respective folk music.

Hou and his team then went to Haute ecole de musique Geneve – Neuchatel (Geneva HEM) in Switzerland on October 11 and were given a warm welcome by Director Philippe Dinkel.

The two officials kick-started the jointly set-up “Chinese Music Culture Center” and spoke at the ceremony.