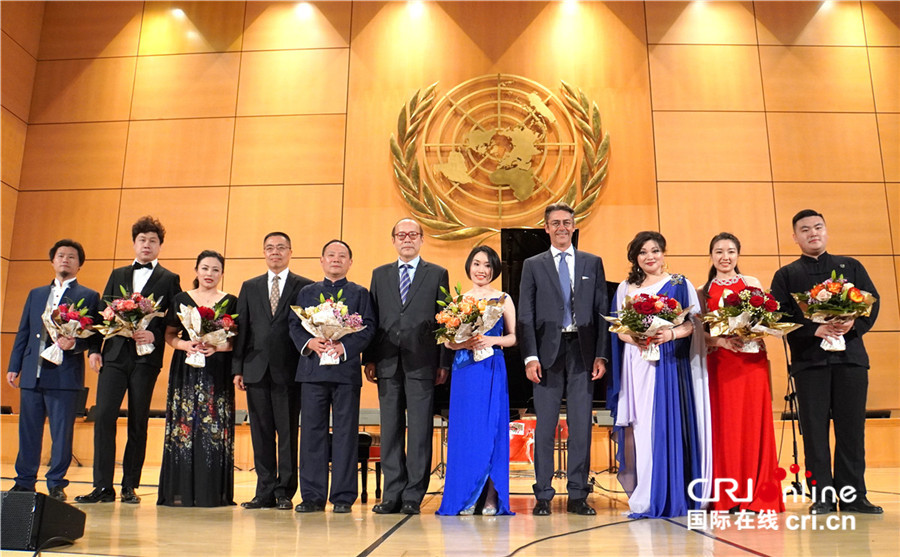 A “Greetings from China” concert was held at Palais des Nations, Geneva, on September 25 to celebrate the 70th anniversary of the founding of the People’s Republic of China.

Ambassador Chen Xu, Ambassador Zhang Xiangchen of the Permanent Mission of the People’s Republic of China to the World Trade Organization, Francesco Pisano, head of UNOG cultural branch, and other officials were present.

Pisano extended a warm welcome to the Chinese delegates and offered his appreciation on the Chinese artists’ performance on the special occasion, saying it was an honor to hold such an event that revealed the charm of Chinese music and culture.

The concert, which won praise from the audience, has proved to be an effective bridge linking Chinese and western cultures over time and demonstrated both the delicate beauty of the east and the passion of the west.