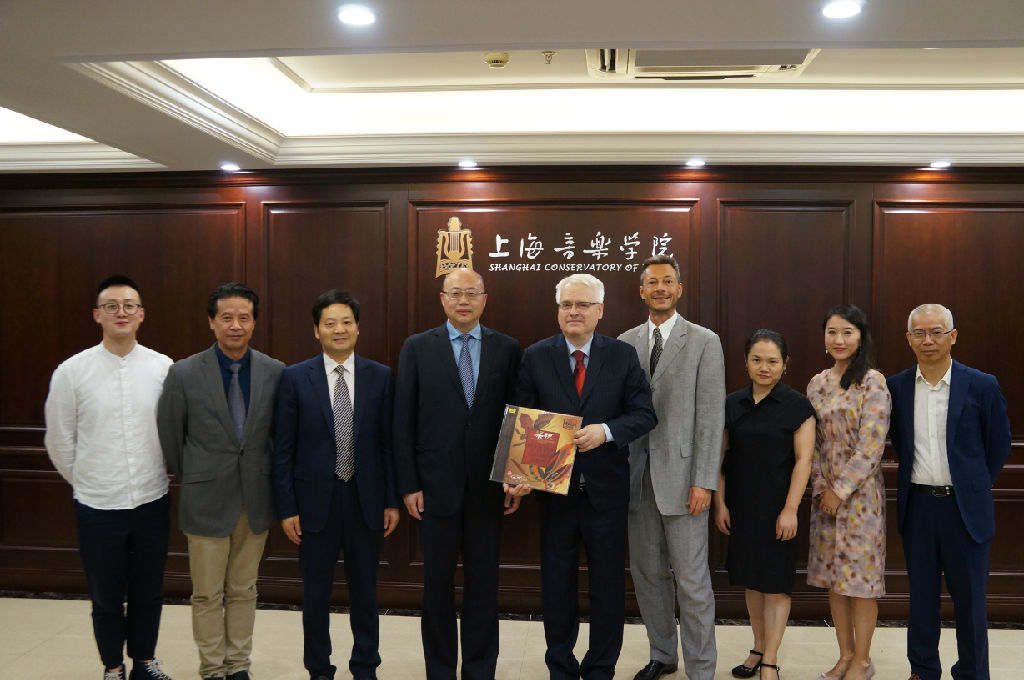 Xu extended a warm welcome to the two guests and briefed them about SHCM’s history and development.

Shanghai is a city of performing arts in Asia as well as an outstanding city in the world, Xu said, and the weekly event is a cultural brand raised against this background. He hoped that the two artists will experience the charm of the school and the city at the music week.

During the visit, the two guests showcased two of their works and gave a lecture. As a regular to the city, Josipovic was impressed by the significant changes taking place in Shanghai, calling the Belt and Road Initiative a great plan for common sharing in the fields of economy and culture.

Hou also took the visitors to tour the newly-opened opera house on the campus.