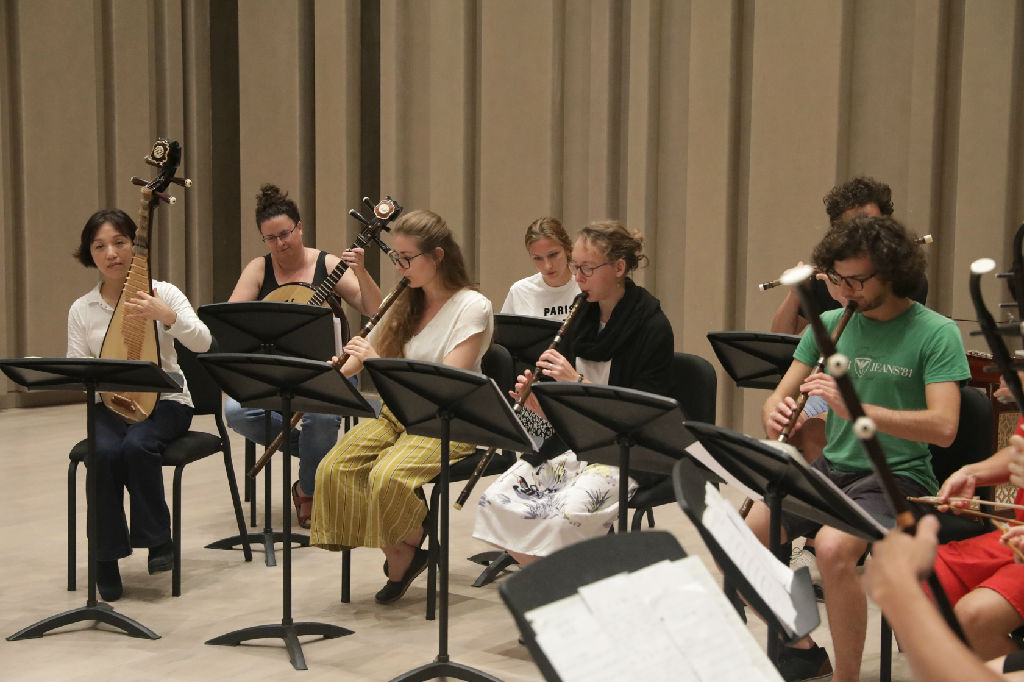 Bouvier said that China has a rather mature understanding of western music, but at the same time the West does not know enough about Chinese music yet. This being the scenario, he hoped that their visit will promote the knowledge and interest for traditional Chinese culture among western students.

Hou said that cooperation should be enhanced to improve project scale and quality.

Both parties have reached common ground to carry out further future collaboration.

The students in the delegation were from France, Switzerland, Mexico and Spain. During their visit they had lessons on bamboo flute, pipa and erhu playing and talked with SHCM folk music students.