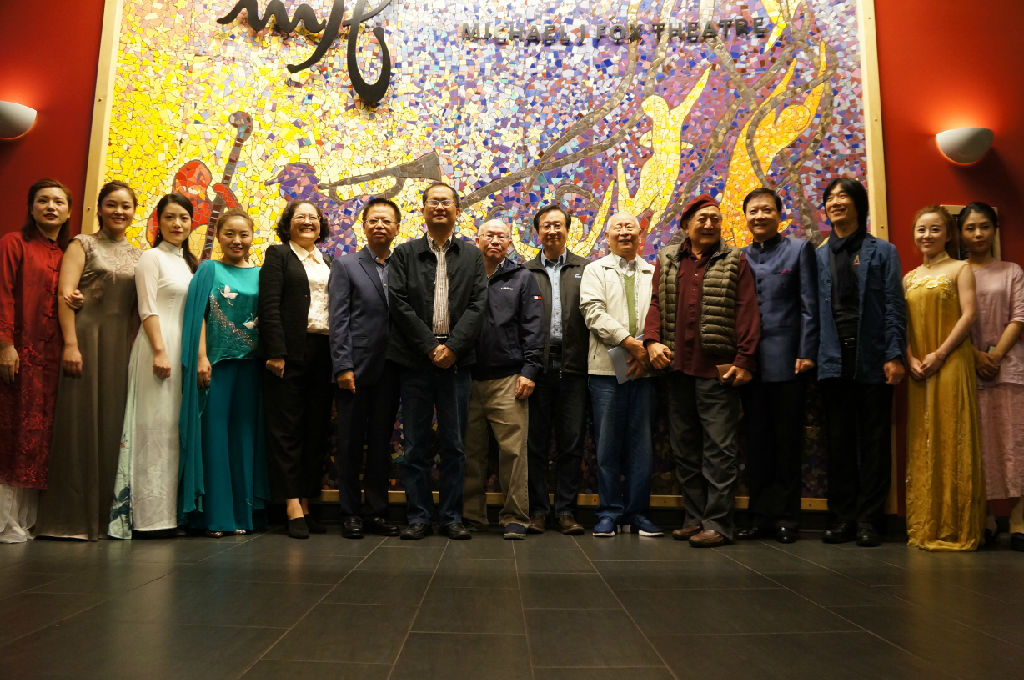 Shanghai Conservatory of Music Deputy Party Secretary Cao Rongrui led a delegation to visit Vancouver and Edmonton in Canada and San Francisco in the United States from September 17 to 24.

The group went to the School of Music at the University of British Columbia and exchanged ideas with Director T. Patrick Carrabre on Shanghai Music Publishing House’s release of works by the school’s teachers and students.

A folk music workshop was also held to demonstrate and interpret the music along with improvised performances.

The group then visited the San Francisco Conservatory of Music and was received by Timothy Foo, chair of Board of Trustees, and Jonas Wright, dean and chief academic officer, among others.

They together reviewed their mutual friendship and respective achievements over the years and agreed on further cooperation in the next five years on faculty, student and art exchanges, joint projects and relevant publications.

Cao also forwarded an invitation to David H. Stull, the SFCM president, to attend the SHCM’s international artists’ consulting committee meeting to be held in December.